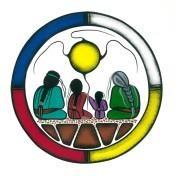 The Green Resilience Project took place at the Ahtahkakoop Community Hall at 10 a.m on January 31, 2022. We invited Michelle Brass as a keynote speaker. Michelle gave a presentation on “Climate Change: How it has Affected the People” and her take on Indigenous World View and possible solutions to Climate Change. The Green Resilience Workshop was also complimented by Lee Crowchild who spoke on apiaries. Lee Crowchild gave his experience how he became a Beekeeper and the challenges  he had to endure because of climate change. The guest speakers gave the community members a chance to think about climate change at a deeper level that was relatable.

The attendees agree that more awareness in our community especially young people and people who think “they know what climate change is but don’t know what they don’t know but have know idea yet it’s right in front of them.”

Ahtahkakoop Health Center provides first level services with programs such as Homecare, Maternal Child Health, Know your Status, Mental Health, and Food Security and a Food Forest. The Food Security Coordinator Dorothy Ahenakew has spearheaded the work in food security programming and has initiated the community garden for four years and recently the Food Forest . She took interest in The Green Resilience Project because climate change has continuously impacted her program and it will continue to do so. She wanted to know and understand what people are thinking about possible solutions for Climate Change paired with the Covid Pandemic. It has made it difficult to put food security programs in place.

We invited all community members between the ages of 20- 60 years old and extended our invitation to other departments and Chief and council. There was no leadership at the Chief and council level present. Extreme blizzard conditions were a definite factor in low attendance levels. 15 people attended including the speakers. We reached the people through our Radio Station, emails, posters and social media.

Group 1 and 2 agreed that we need to get back to our way of livelihood traditional way of life our loss of identity has affected what we eat, how/where to hunt, disrespecting the environment because of western colonial education;was introduced; the education was reinforced by Christian worldview not the traditional worldview We are disconnected to the land; technology has taken over for the young people. Need to create more awareness and teachings for the young people so they can help in the near future or have the information.

“Farming was a way of life that we grew up with, such as hunting, gathering and planting to sustain ourselves.” Today the work and knowledge is out of focus. Group 1 and 2 agreed that “if we are to bring awareness, we need to have a climate change awareness group within the current Environmental Health Center, It would help if we promoted more awareness workshops and sharing circles in schools.” The Band should invest into sustainable energy resources like wind turbines or solar paneling. The technology has some drawbacks which affects climate change, for example “people have to get the minerals out of the earth just to make electronics. Every five years there seems to be the latest products, they toss their old cell phones in the landfill, which is now releasing things in the air.” “It’s a lack of information to the general public. Furthermore, technology has taken jobs from the people who want to work but now they have automated machines to take over the store clerks jobs so it would affect income security.

We need to work with our hands more often because it would connect the heart, and starting recycling, reusing and composting would help curb climate change. Composting your peelings instead of going to the landfill and avoiding the use of pesticide, when companion planting would suffice plus respecting mother earth.

The support of leadership would help by consensus of needs assessment but if we are to promote awareness, we need to start small support groups. It will become larger if we have enough concerned bandmembers, “a change the mindset and the morals and integrity.”